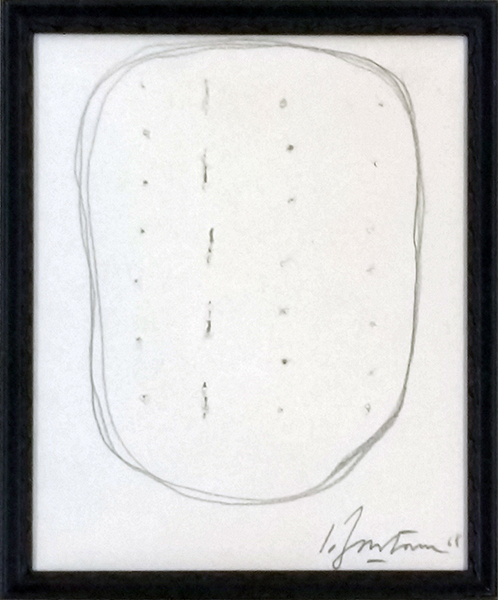 Italian painter, sculptor and ceramist, the founder of the Spazialismo movement. Born in Rosario de Santa Fé, in the Argentine, son of the Milanese sculptor Luigi Fontana and an Argentinian mother. Lived in Italy 1905-22, then again in Rosario de Santa Fé, where he opened a sculpture studio. Returned to Italy in 1928, settling in Milan and studying sculpture at the Brera Academy 1928-30. First one-man exhibition at the Galleria del Milione, Milan, 1930. Began to make abstract sculptures and ceramics and became with Licini, Melotti and others a leading figure in the Italian abstract movement. Joined the group Abstraction-Création 1935. Spent 1939-47 in the Argentine, working part of the time in a figurative style, but in 1946 helped to found the avant-garde Altainira Academy at Buenos Aires, his ideas about the need for new art to express the modern world as revealed by science leading to the publication of the Manifiesto Blanco. Returned to Milan in 1947 and shortly afterwards issued the first Manifesto Spaziale. The Spazialismo movement founded by him was joined by Capogrossi, Crippa, Dova, Peverelli and other young artists. Made abstract paintings with Baroque arabesques of punched holes or fragments of coloured glass, and later with vertical cuts; spent the summers at Albisola Marina making ceramics. Carried out various decorative projects for buildings, including ceilings using neon. Died at Comabbio (Varese), shortly after moving there from Milan.